Baku Crystal Hall is a multipurpose sports and concert arena. The arena is designed to hold the large-scale concerts and either team or individual sporting events. Baku Crystal Hall was constructed on the territory of Baku’s National Flag Complex specifically to host Eurovision Song Contest 2012. The construction works carried out under supervision of State Committee in accordance with decree of the President, Mr. Ilham Aliyev. Main designer of the Complex is the German company “GMP” and the designer of the arena is Swiss company Nussli International AG. The construction of three main components of the stadium (the arena, facade and roof) was launched in parallel at the same time. The construction has been completed on 16th of April 2012. The facade of Crystal Hall is equipped by the numerous modern dynamic LED lights which allow creating various unique lighting effects. During Eurovision Song Contest 2012 those LED lightings used to display colors of flag of the country, the participant of which was announced and went to the stage. As a sport arena, Baku Crystal Hall can accommodate up to 23 thousand spectators. Besides, there are press-center and conference hall on the territory. Conference Hall is up to 500 guests and it is fit to arrange conferences and minor sport events. Main hall which is 4100 sq. m, includes the café to serve about 100 guests. 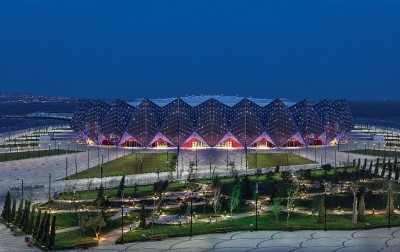 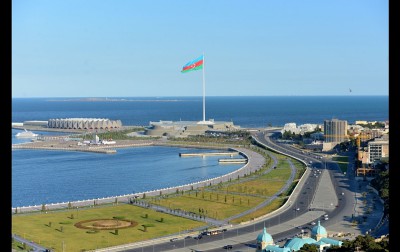 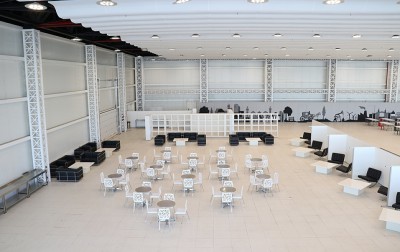 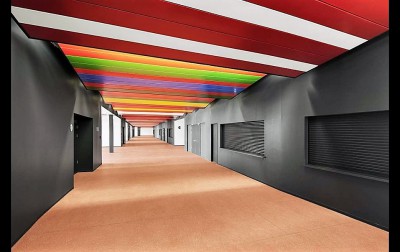 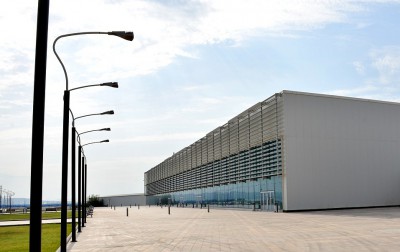 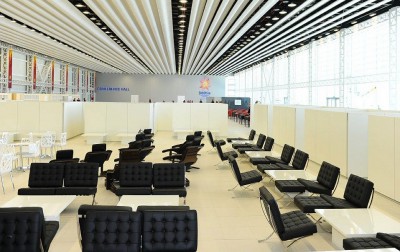